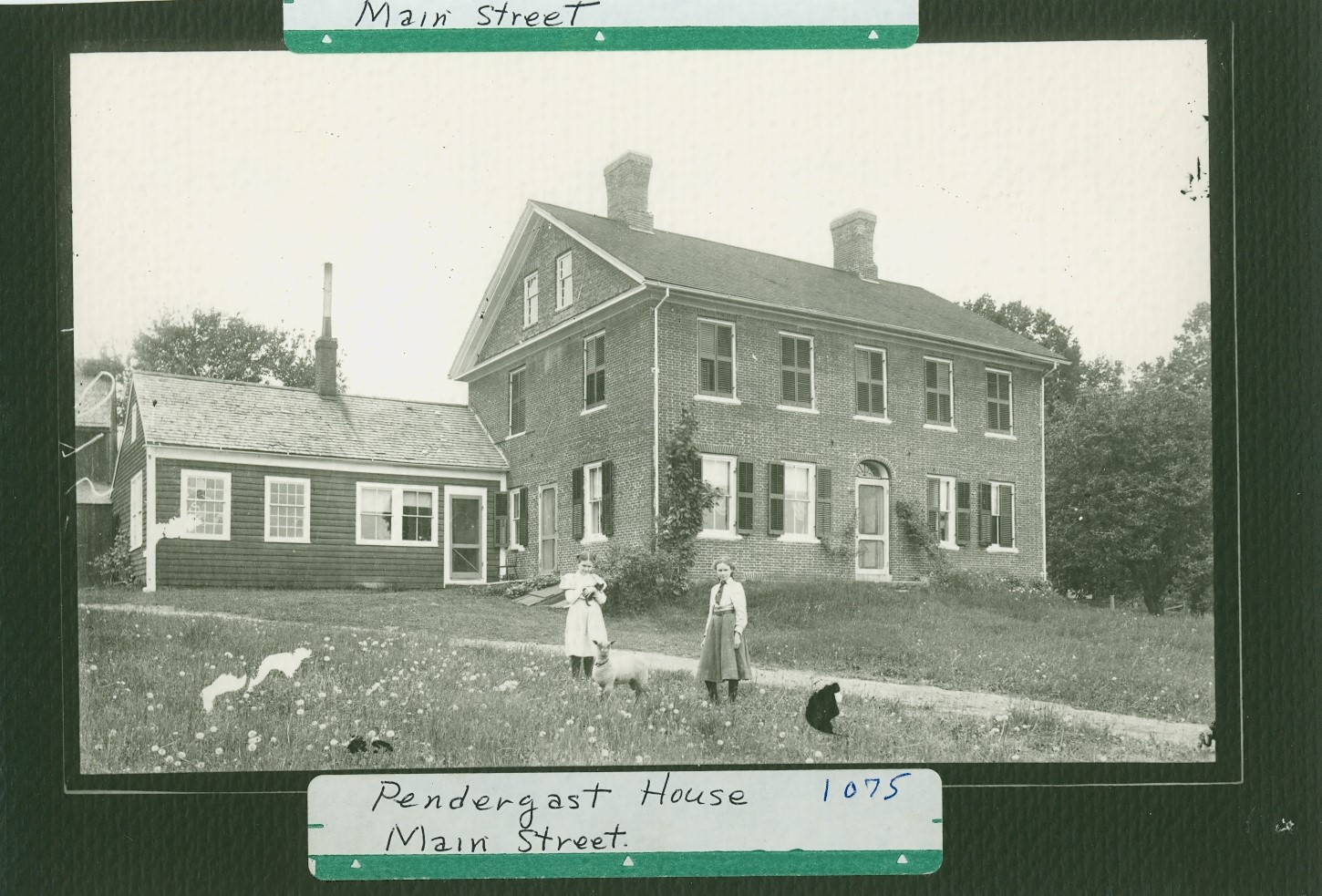 Paul Warner Sheldon, b. 1784 inherited this property.  He married Deborah (Bundy) Bosworth of Montgomery in 1805.  He was a blacksmith like his father.  Paul  died in 1820.  His widow, Deborah m. (2) Martin Root in 1827.  Martin Root in 1805 had driven an ox team from Granville, Mass. to Granville, Ohio.  His first wife had died there about 1826 leaving several children.  Martin came to Southampton, married Deborah and she with her children went to Granville, Ohio with him.  Of the seven children born in this house to Paul W. and Deborah Sheldon apparently only two were married and left descendants.  They were Paul W. Sheldon Jr. and Deborah Bundy Sheldon.

This property was next owned by William H. and Lucretia Avery from April 15, 1855 to June 1, 1857.  On June 1, 1857 Henry Witherell bought from the Avery’s.  The Witherell’s were from Chesterfield, and their son, Charles A. Witherell was the next owner.  He married 1875  Ada Salome, (name changed by adoption to Ida May Hatch).  Charles and Ada had a son Arthur, b. 1877.  The Witherell’s in 1889 bought a smaller place at the corner of High Street and Foamer Road.  (Lately owned by Robert and Leona Hendrick).

Abner Peck was in the lumber business first in partnership with Edward K. Parsons.  In 1882, they bought from Allen Bartlett the sawmill in the West Part of Southampton.  In 1889, Edward K. Parsons bought out Abner Peck’s interest, but both continued in the lumber business separately.  Peck owned and operated several portable mills.  His business became on of the largest in Massachusetts and after his death in August 1938, his son Luman continued the business.  Abner Peck’s widow, Julia, died 10-19-1945.

In 1946 Harold C. and Gertrude N. Hutchinson bought this property from Edith P. Sherwood.  Harold Hutchinson operates a loam and gravel business and also works for the H. B. Lyman Sheet Metal Co.  In 1948, the Hutchinson’s sold the property to the Stephen E. Bodurtha family, reserving some land on which they built a house for themselves.  They also received an inclosed plot of ground which is believed to be the only private burying ground in Southampton.  This was used by the Gridley family and certain in-laws.