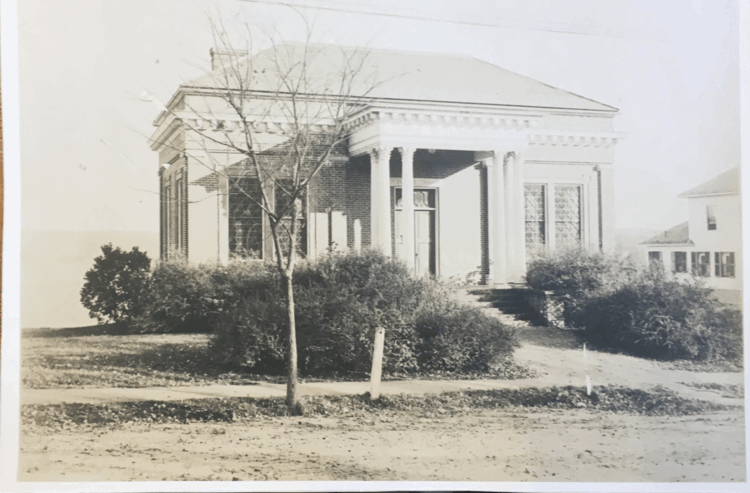 The first library in town was a collection of books, all on religion, kept at the home of Dr. Sylvester Woodbridge. The sixteen volumes could be borrowed by subscribers on any of the four days per year when the library was open, and fines required if books wee not retrned by 6 o’clock of the appointed day! This library existed from 1780 to 1812, when it was closed and the books were ordered sold. In 1880, Rev. Edson Clark established another library which was incorporated as a Public Library. Judge H. Winslow Edwards was one of the  speakers at the dedication.

The first librarian, Edwards Birge, tended the books at the old Town Hall. In time, the books were moved to a northerly room at the Sheldon Academy, now the present Town Hall.

Through a generous gift of $5000 from the estate of Rev. Henry L. Edwards, Southampton began building its library in 1903. Mrs. Phoebe Sheldon bequeathed the necessary funds to purchase the land at 224 College Highway, and it was dedicated in 1904.

Electricity was added in the 1920’s. The Depression years caused a surge of borrowing, and several improvements were made to the facilities. Water was brought into the building in 1932, and the floors were refinished in 1933. As the collection grew, the left side of the main library room which had been used for reading and the display of artifacts, was taken over to house books. The downstairs area, used by the Boy and Girl Scouts, Brownies, 4-H groups and a private kindergarten for many years, was renovated as a children’s library in 1973; thus, the service facilities were doubled.

As the town grew, the limitations of the small plot of land on which it sat, and rapidly advancing technology, meant that other arrangements had to be made. Thus, in 1996, a new Edwards Library was opened at 30 East Street at the entrance of Conant Park. As a member of the Central Western Massachusetts Resource Sharing consortium, a broader outreach was possible, and Internet computers, expanded inter-library loan, and extended hours were added. Because the new library has a meeting room, it was available to a wide range of groups, including many government committees which had no place to meet.

From October 2008 to April 2011, while awaiting the renovation of the former Beverly Larrabee School, into the new Town Hall which would also house them, the Council on Aging occupied a portion of the library, further enhancing its community value.

Twelve trustees are elected by the town and an appropriation for its upkeep is voted annually, in addition to interest received from trust funds and government agencies.

Residents of all ages, from infants to senior citizens, make use of this valuable resource.

See also “History of the Planning and Building of the New Edwards Library” by Edwin Daniels, located in the Historical Cabinets.  Please ask a librarian for assistance.   Photographs of the construction of the new library are also available.