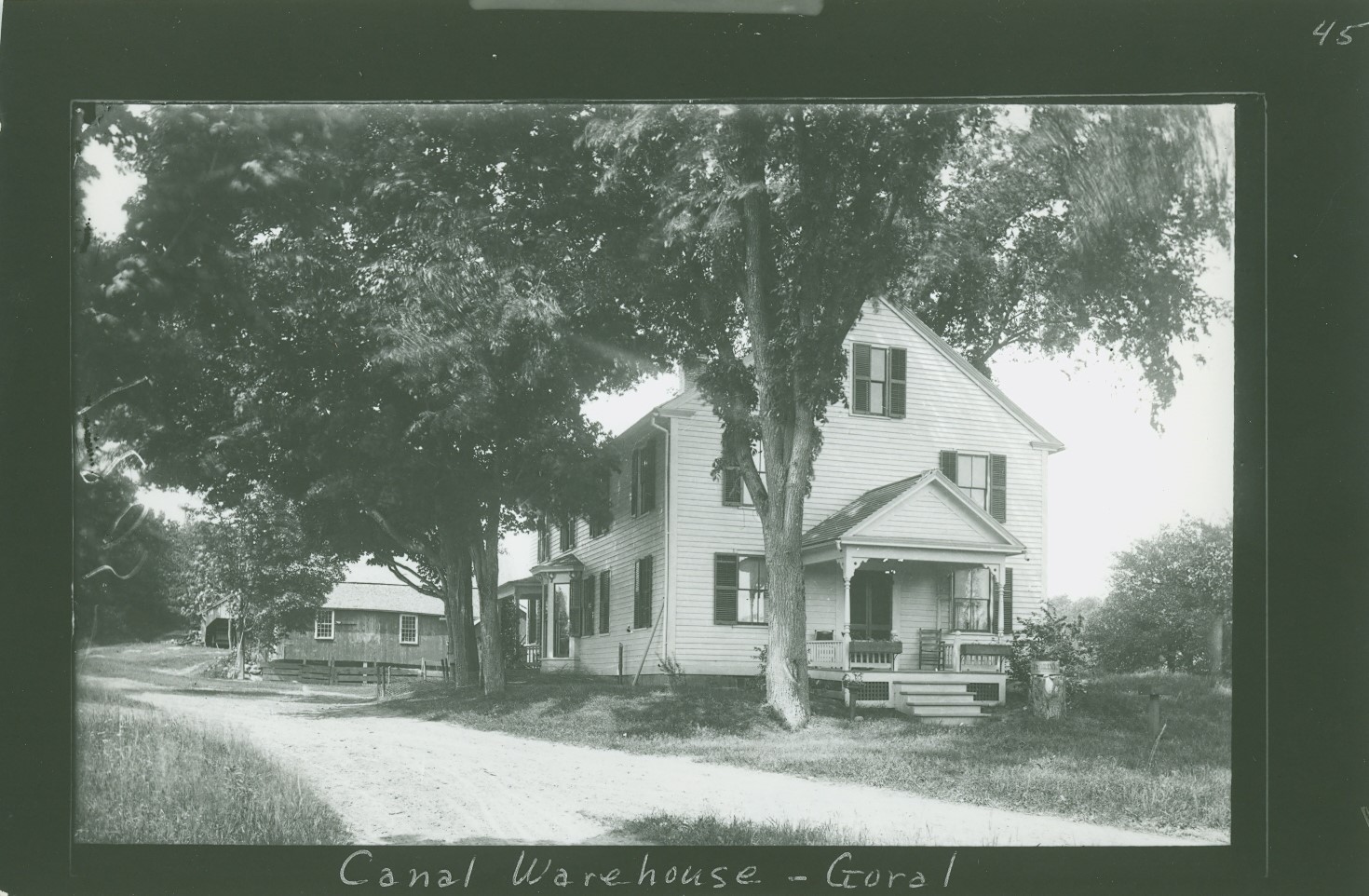 One of Southampton’s unique resources is the Northampton-New Haven Canal.  Planning for the canal began in 1821, when New Haven businessmen began to raise capital and investigate a possible canal route from their harbor to central Massachusetts, with extensions to Vermont, Canada and linking to the Erie Canal via the Hudson River.

The Farmington Canal (in Connecticut) and the Northampton (or Hampshire and Hampden Canal) were built separately and merged in 1835 to form the 86 mile long Northampton-New Haven Canal system, of which 56 miles were in Connecticut and 30 miles in Massachusetts.  Twenty-eight locks were constructed to navigate the 292-foot rise in elevation between New Haven and Granby, Massachusetts.  Unfortunately, the utility of the canal was never fully realized due to the emergence of the railroad as the more efficient mode of transportation.  By 1855, the right-of-way had been purchased and the “Canal Railroad” had been completed.

The Northampton-New Haven Canal ran through the town of Southampton, and six locks were located here.  Today, the remains of the canal system can be seen in three locations in Southampton:  at the Szczpta Farm Conservation Area on Route 10 from the Canal Bowling Lanes, Lyman Mill Pond, and where the railroad tracks cross College Highway.  The first location along Route 10 offers the best view of the Canal in Southampton.  Lyman Mill Rond site offer a view of the canal where it  crossed the Manhan in an aqueduct.  The public can view the remnants of the canal at the Szczpta Farm Conservation Area.  Landowner permission is needed at the other two sites.

Connecticut River.  Spring water rises made this made extremely difficult and slow.  Speculation ran high with plans drawn to continue the canal to the Vermont-Canada line where the Canadians would join it with the St. Lawrence River.  By 1822, plans for canal construction from New Haven to Northampton materialized including construction plans through seventeen towns, including Southampton.  Excavation started by two companies, one in Connecticut and one in Massachusetts.  The official opening of the canal was on July 29, 1835.

The canal had two summits.  The first was at the Massachusetts-Connecticut line, 20′ above sea level.  The other, after the canal dropped to 98′ in Westfield, was at Timber Swamp, just a mile south of the Southampton line, 231′ above sea level.  A feeder canal from the Farmington River supplied the Connecticut section with water, while the Congamond Lake supported the Massachusetts section.  A feeder canal from Salmon Falls, (now Woronoco) provided water at Timber Swamp.

The canal specifications: 24′ wide at the bottom; 34′ wide at the surface; water depth 4′; horse tow paths 10′ wide, 2-5′ above the water level.  The boats were 75′ long, 11′ wide, 7′ high.  Pleasure boats including meals and the time through was approximately twenty-six hours.

There were thirty-two locks in Massachusetts and twenty-eight in Connecticut.  The locks were 80′ long, 14′ wide.  The Southampton section had 6 locks; one near Route 10 to the south with a 10’elevation, a 60′ aqueduct near Lyman’s Tin Shop bridge [at ] the Manhan River, followed immediately by three more 10′ locks, and two additional locks.  The next lock system lowered the canal into Easthampton at the town line at the North Branch of the Manhan River where five locks lowered the canal 36′.

The construction cost was over one million dollars for the eighty-mile canal (approximately $13,000/mile).  Unfortunately, the canal never realized its potential.  The railroad attributed to the final downfall; however, internal matters had greatly hindered the success.  Bank slumpage and leaks due to muskrats, floods, poor soils, droughts, wooden locks decaying, and very leaky aqueducts promoted by decay all contributed.

In 1887, the New Haven and Northampton Canal Company declared bankruptcy and the canal ceased operation.  By 1855, the right-of-way had been purchased and the “Canal Railroad” had been completed.  In Southampton, the railroad lines were constructed in the canal bed from East Street to the Westfield line.

Information includes correspondence, shipment receipts, etc., which are available to view on flash drive at the library.