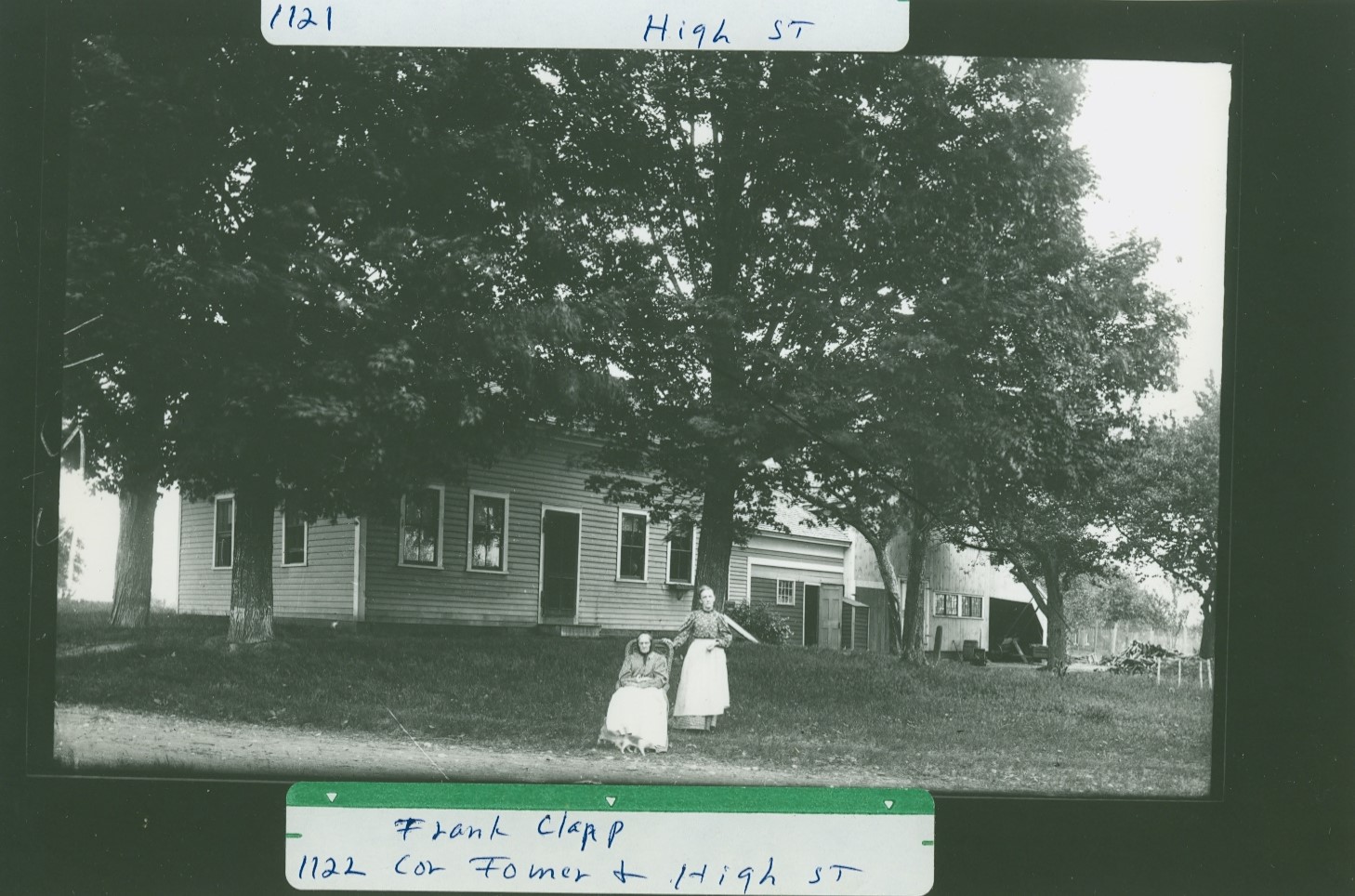 This house was built by Ansel Searle about 1830.  He had married (1828) Abigail (Bascom) Edwards, widow of Edmund Edwards.  Ansel and Edmund Searle, brothers, operated the mills on Red Brook.

Evidently these mills became unprofitable about 1837, so Ansel Searle sold his house to Job S. Strong 11-20-1837 (81-235) and moved to a farm on Rattle Hill Road.  During the time of ownership by Job S. Strong the house was occupied briefly by the George Wilder family.

In 1841 Ansel Searle received the property back from Job S. Strong, and sold it to Nahum Shumway.  Nahum Shumway was a carpenter and did a small amount of farming.  His wife Elizabeth died in 1843 at 25 and he died in 1884 at 72.  Their daughter Harriet E. Shumway, b. 1842, inherited the property and lived here at least until 1889.

Mary E. Phelps was the next owner, buying the property in 1911 for $950.  Her husband was Edwin Phelps who is remembered particularly for the fine stallion he drove in connection with his work of meat inspector and veterinary work.  Mary E. Phelps died in 1924 and Edwin died the next year.

Robert L. and Leona B. Hendrick were the next owners.  Robert is the son of Orrell and Hazel (Lyman) Hendrick Vincent.  Leona is the daughter of Galen and Lillian Beach, Robert and Leona Hendrick have two children, Verna and June.  As of this date, January 1967 the Hendricks have moved to Hanover, N. H. On February 24, 1967 Roger E. and Nancy B. Schafer bought this property.