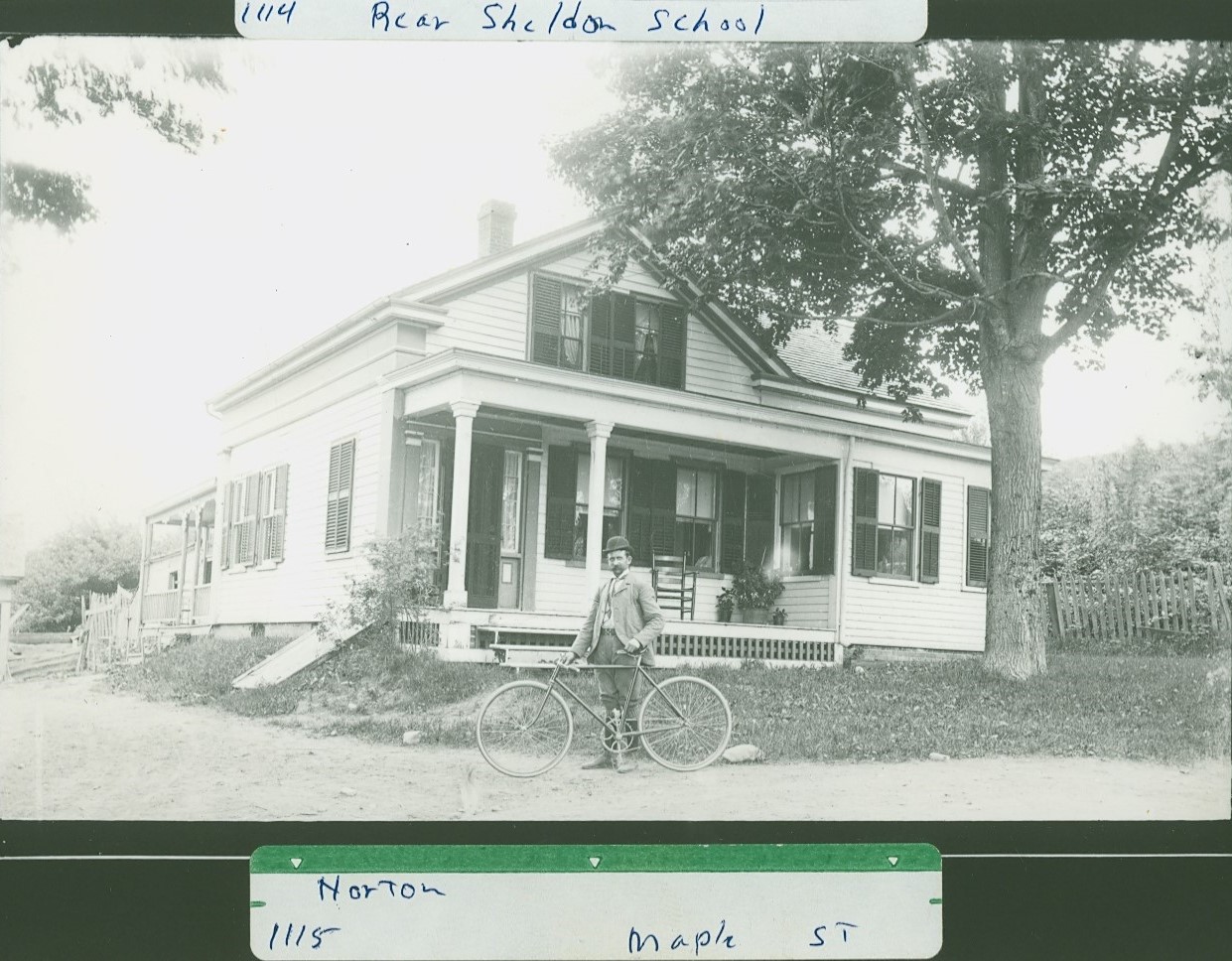 On the 24th of October in 1842, Miletus Parsons bought a building lot from Heman Searle fronting on what is now Maple Street.  This lot was described as follows:  Beginning at north west corner of the Parsonage lot, thence southerly on said lot about four rods to a stake and stones, westerly eight and one-half rods to a stake and stones, northerly about four rods to the highway, thence easterly on said highway about eight and one-half rods to beginning.  Price $52.50 (99-85).

The area of this lot was later increased by a purchase by John B. Ewing by deed recorded in Hampshire County Registry of Deeds book 470, Page 541, recorded 1895.

Miletus Parsons apparently built the buildings and occupied them soon after 1842.  He sold this “homestead” to Parmenus B. Strong of Springfield by deed recorded February 18, 1853 for $675.

Francis S. Ewing, son of John B. Ewing, became owner in 1899.  Francis and his wife Estelle Clapp, had no Children, but a nephew of his, Harold B. Norton, came to live with them around 1930.

After Mr. and Mrs. Ewing died, Harold became the owner of the property and lived here until he died in 1960.  His widow, Ruth Shawcross Norton now (1965) resides here with their daughter, Sara, a student at Northampton Commercial College.