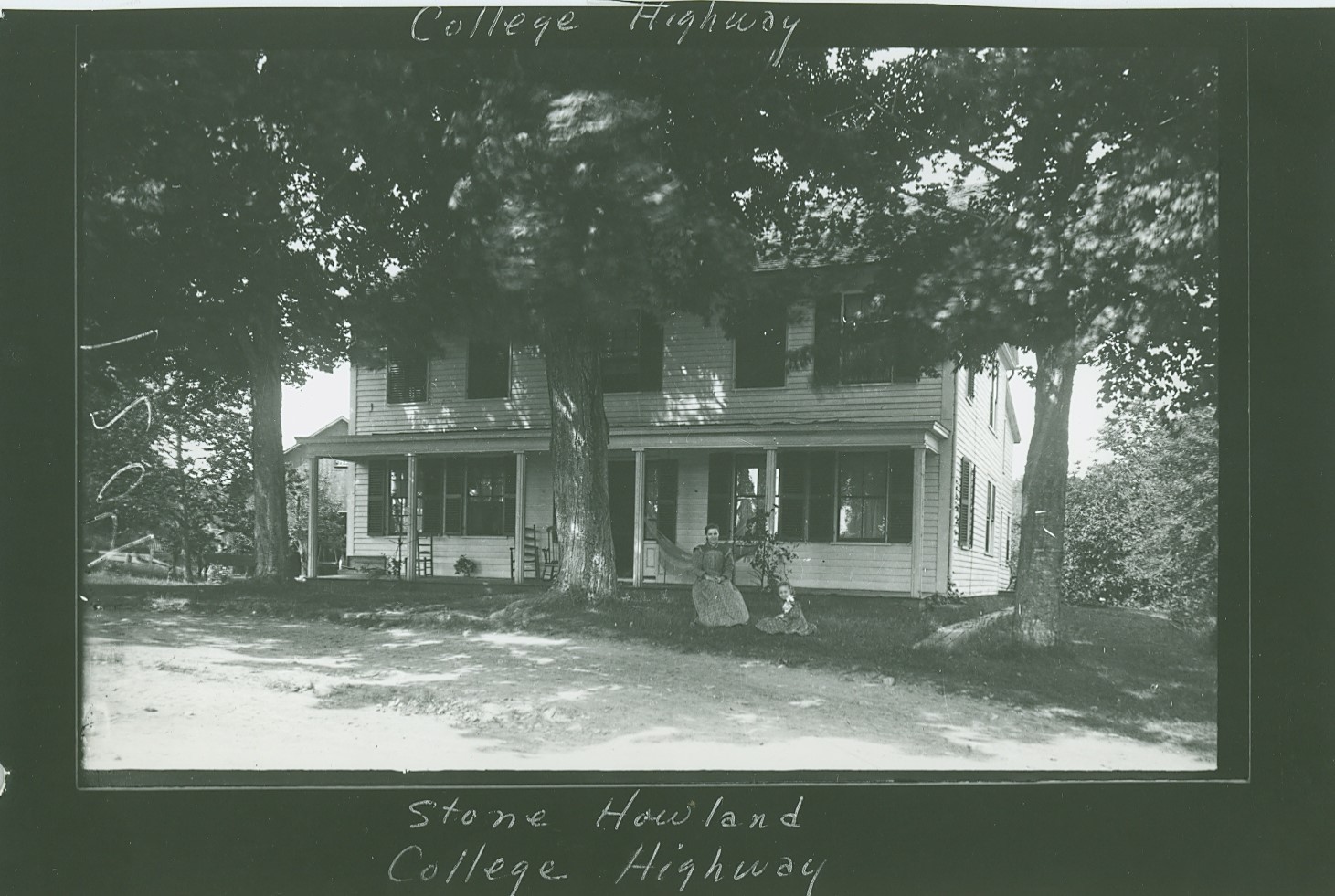 The land on which this house stands was sold to John Strong Jr. by his father in 1803 (22-8).  Apparently the house was built in 1828 as the construction of it was awarded by contract to Stephen Wolcott in that year.

Nathan Parks bought the property from John Strong Jr. and Ransford Root in 1831 (69-482).  Just how Ransford Root had obtained an interest is not known.

The next owner was Sylvester Strong, buying from Nathan Parks also in 1831.

Noah Lyman Strong was the next principal owner up to the time that Delano Bartlett bought the property.  Delano Bartlett, born 1794 – son of Noah of Westhampton; married Sally Sikes of Ludlow.  He died in 1881 – wife died in 1880.

Delano Bartlett moved from Blandford to Southampton in the fall of 1840 where he bought what was known at the time of the Canal as the “Lockville Hotel”.  Mrs. and Mrs. Bartlett resided at their southampton house the rest of their lives.

Mrs. Herbert Bartlett Lyman now resides with the Edward Stones at their home on Brickyard Road.