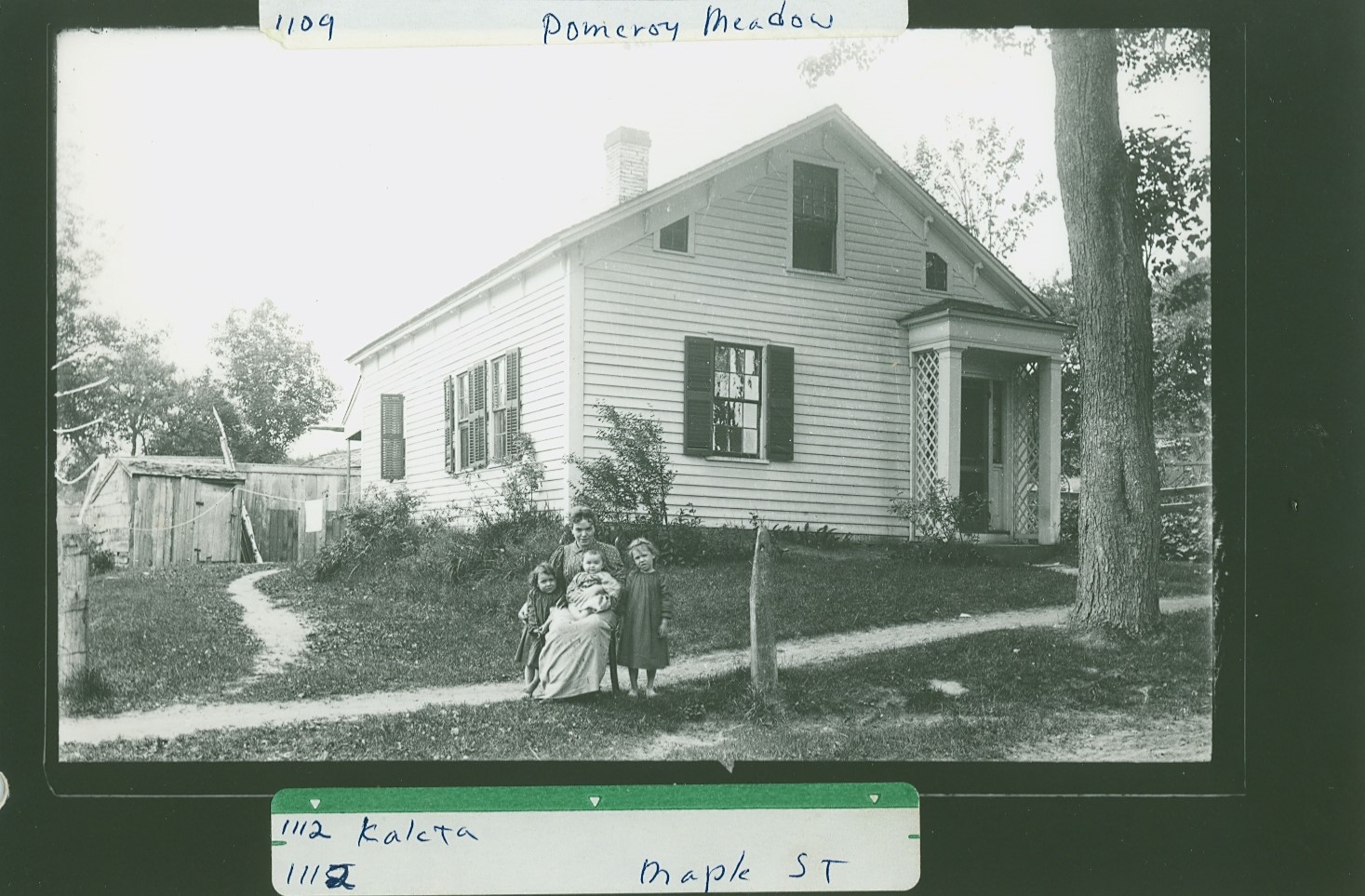 The first two ministers in town, Jonathon Judd and Vincent Gould owned their own residences, but when Morris White became our third minister (in 1832) it seemed advisable for the church to provide a home for him.  This did not became (sic) a reality until 1835 or 1836.   A group of twenty nine church members undertook to handle the project since the church society did not wish to undertake the building and ownership of a parsonage at this time

The dimensions of the land as given in this deed were 7-1/2 rods on the East, 10-1/2 rods on the South, 7 rods and 3 feet on the West and bounded on the North by the highway.  The exact date of completion of the house on this land is not known but presumably is was in 1835.

By 1868 some of the members of the original group had passed on, and their shares had passed to their heirs, thus increasing the number of owners of these shares.  Also because of the value of the house, the shares had increased in value.  In 1863 When Luther Edward’s will was probated, among his assets were listed six shares in the parsonage valued at $15 per share.  On June 1, 1868 (275-258) The First Parish and Congregational Church of Southampton purchased for $1,060, the parsonage from the current owners of the shares.  According to the church records 51 Shares were bought at $20 each.  An interesting item from the records shows that the church received and immediate income from the purchase in [the] form of apples which were sold for $9.00.

In October 1905, the church sold the property at auction to Edward W. Pettis of Westfield for $1,205.  The reason for selling was because in 1902, Phebe T. Sheldon had willed her homestead on Main Street to the Congregational Church with the wish that it be used as a parsonage.

Edward W. Pettis did not occupy this house, as he had bought it for his son, Charles A. Pettis, to occupy.  Charles Pettis owned and operated the Ewing Blacksmith Shop, and he and his wife Jeannette with their three children; Ruth, Edward, and Florence, lived here until 1915.  In 1911, Charles bought this property from his father, Edward W. Pettis.  Ruth Pettis married William F. Judd.  They lived in Waterbury, Conneticut (sic) until 1960 when they moved back to Southampton and they now live in the Ethel Searle house.   Edward Pettis married Winifred Schilling and they live in Agawam.  Florence Pettis had influenza and died in 1918.

Laurent Lussier, a building contractor, bought this property from the estate of David Hall in 1955 (1206-408).  In 1966 his wife Isabell Lussier sold it to the Norman and Therese Langlois family (1497-523).  Norman Langlois, born in Vermont, as a boy moved with his family to Canada, and later served with the U. S. Armed Forces.  He is a self-employed mason contractor.  Norman and Therese Langlois have four children: Alain, Suzette, Paul, and Joann.

The upstairs tenement of this house in now (February, 1968) occupied by Joseph Lafond, a police officer.