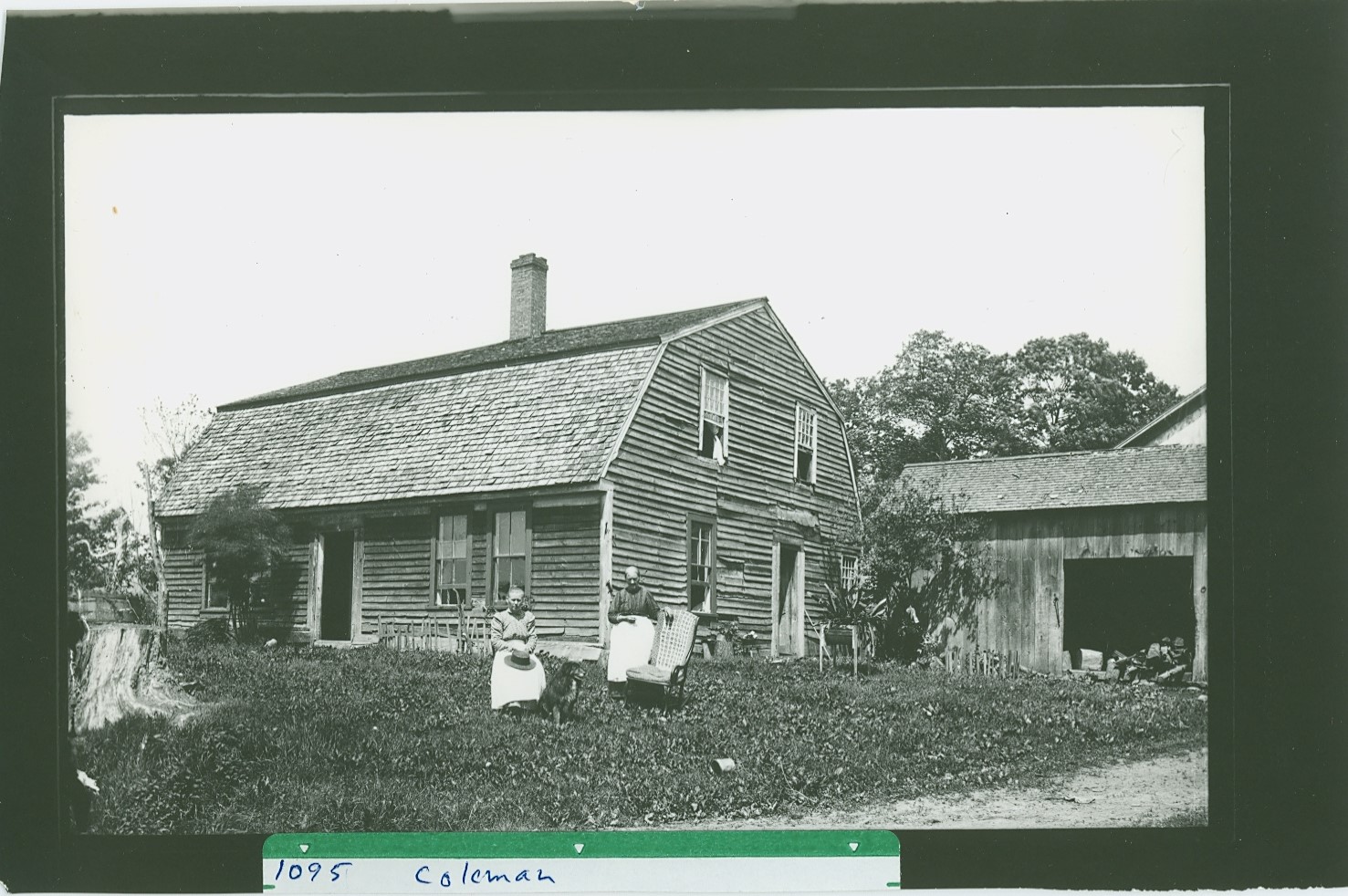 In 1773 Lemuel Coleman married Catherine Edwards, (born 1750- died 1836), daughter of Samuel Edwards III of Southampton and his wife Catherine (Clark) Edwards.  Lemuel and Catherine Coleman had twelve children, the second being Zeno, Born in 1775, who built the present house.  He started it in 1805 and finished in 1807.  Zeno Coleman married Mary Clapp in 1806 or early 1807.  Zeno and Mary had eleven children, the fourth child being Zeno Edward Coleman, born in 1812.  This Zeno Coleman went to Ohio to teach school, and married there in 1838 one of his pupils, Aldula E. Babcock.  They came to Southampton by horse and buggy, taking seventeen days for the trip.  Zeno E. and Aldula E. Coleman had seven children.

The first child of Zeno and Aldula was Perry Morton Coleman who was killed in the Civil War at Fair Oaks, Virginia, May 31, 1862, at the age of 22.  He is said to have been the first man from Southampton to enlist in the Union Army and the first to be killed.  His body was brought home and buried with military honors in June 1862.  The fourth child of Zeno and Aldula was Dwight born in 1849, died unmarried in 1923.  The youngest child was Sylvester P., born 1862, married Mary Fowles.  Sylvester’s and Mary’s children were Lena, Sumner S., Joseph, Alice and Elmer.  Lena A. born 1887 married Charles Ellenwood.  She died in 1957.  Sumner S. born 1890 married Helen Judd.  Sumner died in 1961.  Joseph, born 1893 is a physician in Rockdale, Mass.  Alice, who was born in 1897 married and lives in California.  Elmer born in 1903 is married and lives in Chesterfield.  Sylvester P. Coleman died in 1906.  His widow married Lewis Weeks.  The ownership then came to Sylvester’s brother, Dwight Coleman.

In 1919 Sumner S. Coleman bought the home place from his uncle Dwight Coleman.  In 1921 Sumner married Helen K. Judd, the daughter of Frederick and Katherine (Parsons) Judd, a descendant of the Rev. Jonathon Judd, Southampton’s first minister.  Helen was an army nurse in France in the first World War.  Sumner was a dairy plant operator.  Sumner and Helen had one son, Robert, born in 1924.  Robert married Helen Prystas in 1948.  Robert and Helen have four children, Janet, Robert Jr., Alfred R. and Jonathon Judd.  In 1965 they built a house on the Coleman property southerly of the house where his mother, Helen Judd Coleman, lives.

—From “History of Old Houses” by Atherton Parsons