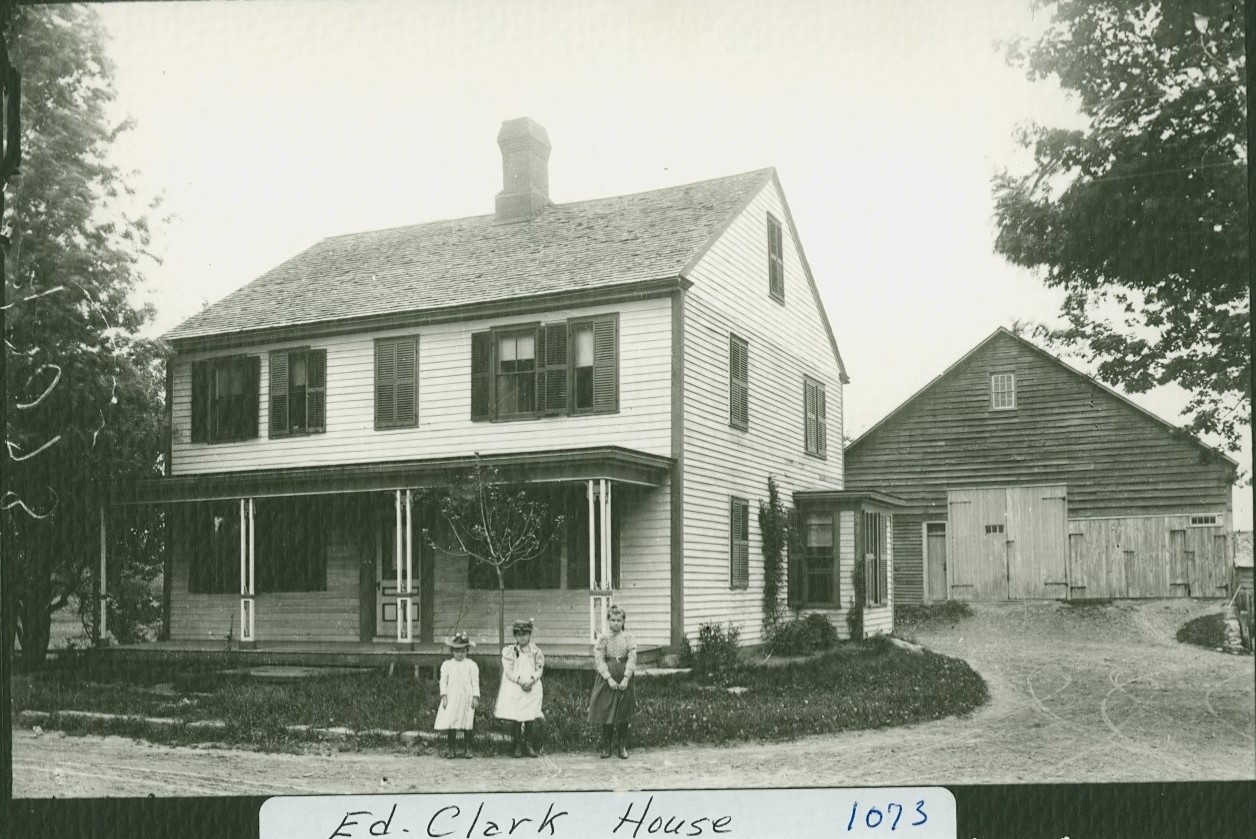 House on Main Street owned by Willard F. and Dorothy P. Howland.  Renters now, (1966) are Robert Lowe and Robert Allen, with Mr. Howland reserving one downstairs room as an office from which to transact his machinery business.

This is the Former Edward Clark Place.

There does not appear to be any deed recorded in the Registry of Deeds in Northampton transferring any property to Amos Blair (our second physician), but–

The deed for this transaction is recorded at Northampton and appears to describe the house mentioned in this heading.

David Healey bought the homestead (384-379) in 1884 from Zaavan Moore and he and his son. Henry and his family, lived here until 1906.  Henry Healey was a farmer and lunberman.  He and his wife Etta Clark raised four girls and one boy, Charles.  The girls were Eva, Ella, Lilla and Flora.

Edwards Clark bought this homestead from Henry Healey in 1906 (610-253).  Edward Clark and his wife, Eva Gilbert (daughter of Nathan Gilbert on the former Bildad Searle farm) their four children were George, Ruth, Rachel and Olive.  George married Mary Johnson and they had four children, none of them in Southampton at this time.