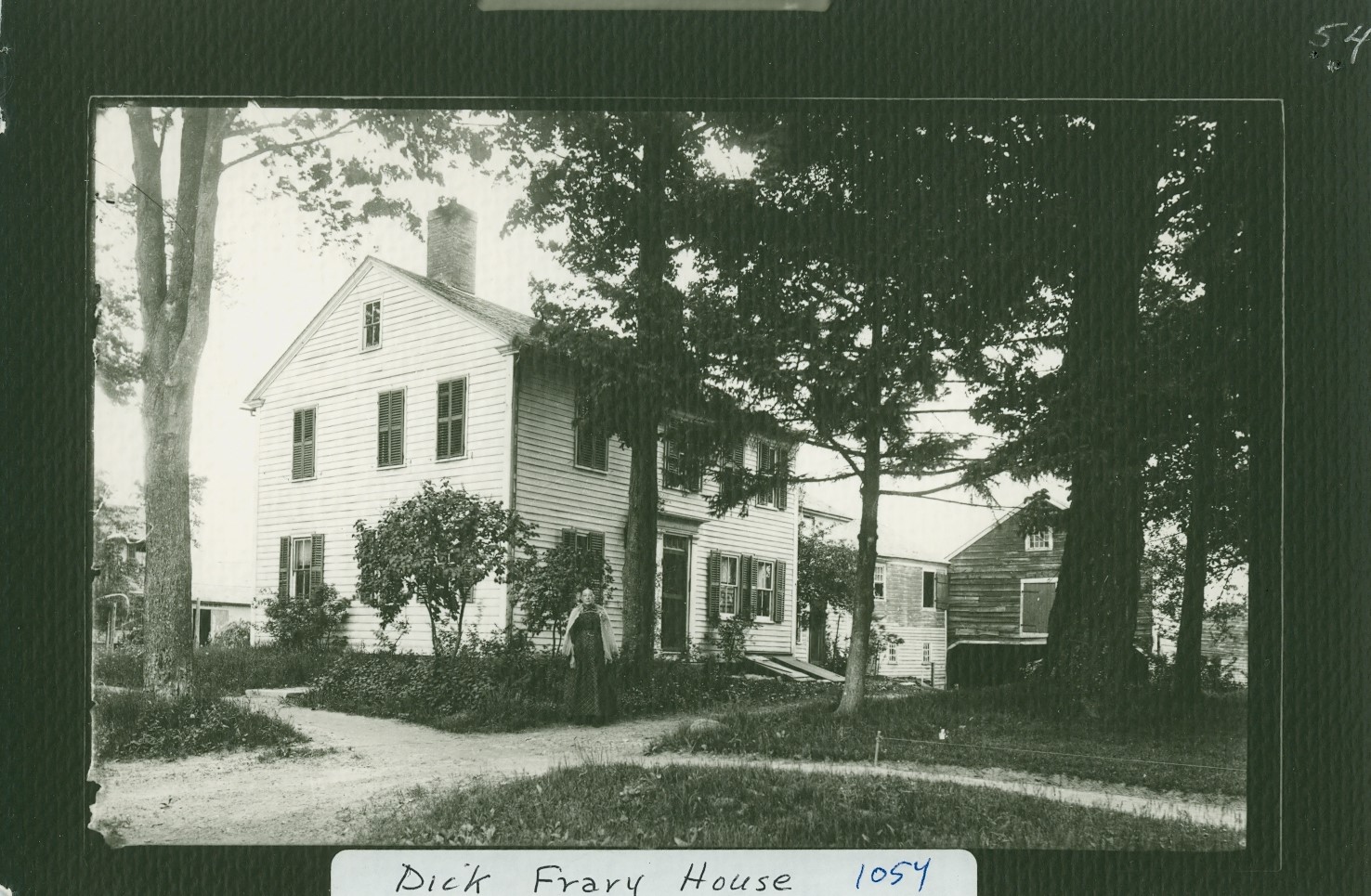 This house was built sometime between 1828-1830 by Henry Bascom and his brother.  They sold it to Dr. Josiah A. Gridley in 1830.  Josiah A. Gridley was born in Southington, Conneticut (sic) in 1802 and brought to Southampton by his father, Lemon Gridley, in 1806.  Josiah married 1823 Fidelia Searle (daughter of Gaius and Electa Day Searle).  When Josiah bought this property there was about 3/4 of an acre of land with it, and in later years he bought several pieces of adjoining land.

Dr. Gridley had a short medical education and was a manufacturer of patent medicines.  He was a salesman on the road selling his medicines.  He collected some of the ingredients for his medicines from nearby fields and woods.  William Crowley who as a young man worked for Dr. Gridley relates that they collected burdock root, yellow dock root, and princess pine.  Spiritualism appealed to Dr. Gridley and many seances and meetings were held at his home.  He wrote at least one book on the subject of spiritualism.   His wife, Fidelia Searle Gridley, died in 1853, age 50, after bearing five children.  They were: Joseph P., who died at birth; Albert J., died in 1851, age 19; Electa who lived in the homestead till she died in 1895; Charles P. who married 1862 Augusta Clark (daughter of Joel); and Adeline Fidelia born 1843, married 1862 to Samuel F. Edwards (son of Asa Edwards).

Joshia Gridley married (2) Elmira Wright of Westhampton.  She died in 1863 and he married (3) 1864 Mrs. Phila (Stiles) Ivers of Waterford, Vermont.  Josiah had two children by his third wife; Hattie, born 1866 and Eva Mira born in 1869.  Josiah died in 1876 leaving a rather complicated will.  His widow married 1878 Mr. John Woods of Indiana.  She and her daughter, Eva, lived with him a short time in Little Rock, Arkansas, and then they returned to Southampton to live.  They lived here until 1917 when they moved to Westfield.

Richard M. Frary, an engineer, and his wife Dorothy were married in 1955 and they have four children: Richard, Jr., Peter Carl, Laura, and Alison.  Richard Frary is the son of Morris L. Frary and Morris’ first wife Marguerite Louis Gagne.