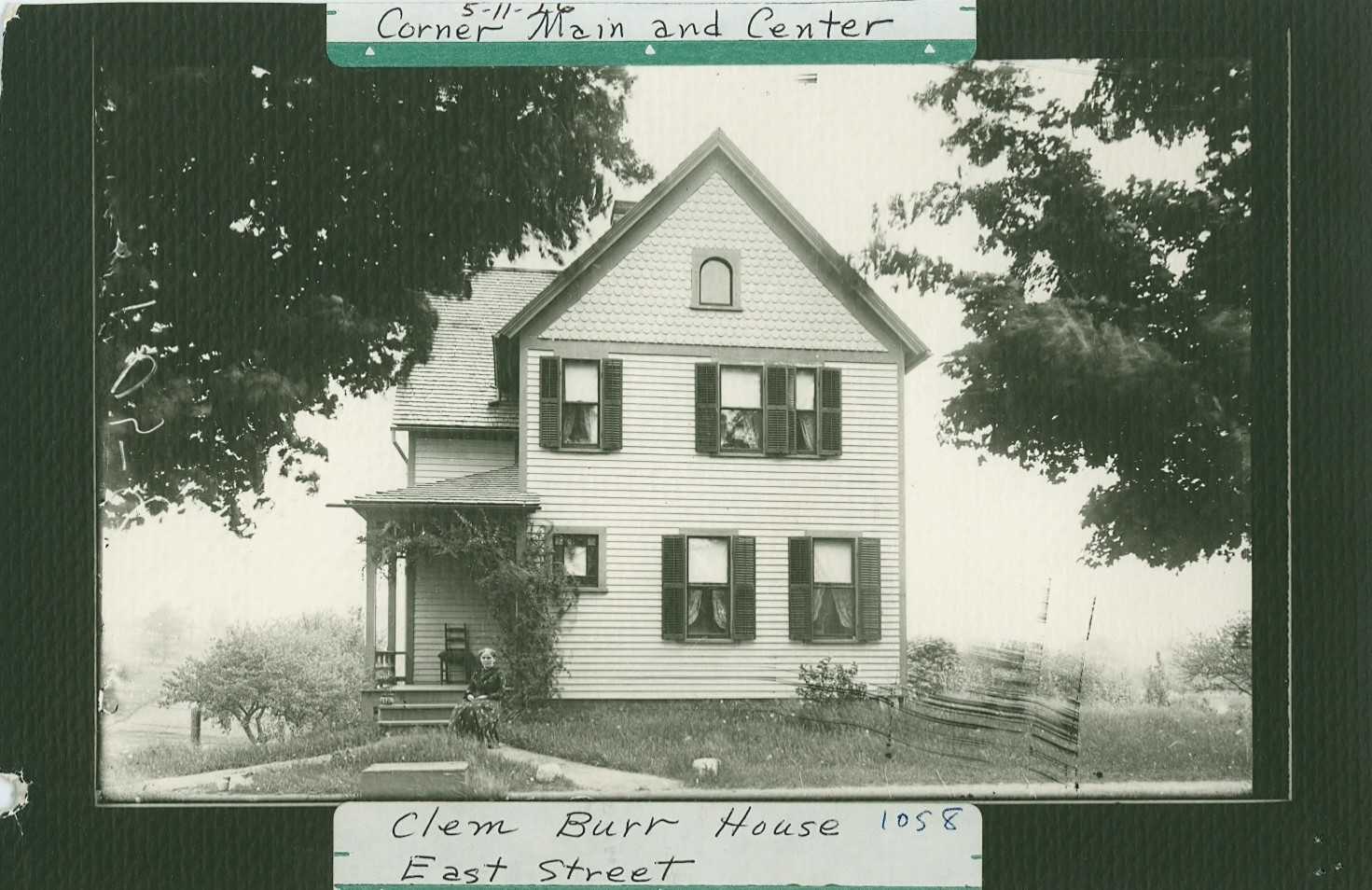 In 1828 Timothy Clark III purchased from Henry Parsons for $125, a lot of land described as 3 acres and 4 rods (south on Springfield Road).

Although there seems to be no recorded deed of a Homestead to Timothy Clark, adjoining this land, Jonathon Wolcott is reported to have bought land right or very near here and built a set of buildings.  Timothy Clark III did have a Homestead here as he sold it with above described land to David Kingsley in 1834, (74-389) describing it as “4 acres on which I now live”,  now bounded north by Elihu Brown (the Harold Conant’s farm), west by Vinson Gould (Sylvester Woodbridge farm).

David Kingsley born in Westhampton 1812 (son of Noah Kingsley and Electa Parsons) married Lucy Beebe in 1834.  Electa Parsons was a daughter of Isaac Parsons and Mindwell King of Southampton, she being born just a few days after her parents moved from Northampton Southampton to settle in the wilderness.  David died July 31, 1838, age 26, no record of any children.

The old or first house must have either burned or was taken down as there was no house here in 1874 (according to Miss Lilla Ranger).  While J. A. Gridley owned this property he evidently joined part of the land which other land he owned further east and which left only a small piece of land.

Flavell K Sheldon, son of Silas, sold this building lot to Caroline Edwards in 1893, and she built a house there which is the same building as is there now (1962).

Caroline was born in 1833, a twin to Elizabeth, who married Martin Gaylord.  Their parents were Colonel Elisha Edwards and Julia King Edwards.  Caroline never married but devoted her time to public works.  Some of the writings are now in the Southampton Edwards Library and are very useful to present-researchers.

Albion and Leona (Carrier) Ward bought this property from the estate of Caroline Edwards in 1926.  When they moved to Windsor, Conn., they sold to Clement F. Burr in 1946, who, with his wife, Mary, and two children, Linda and Charles, still reside there.