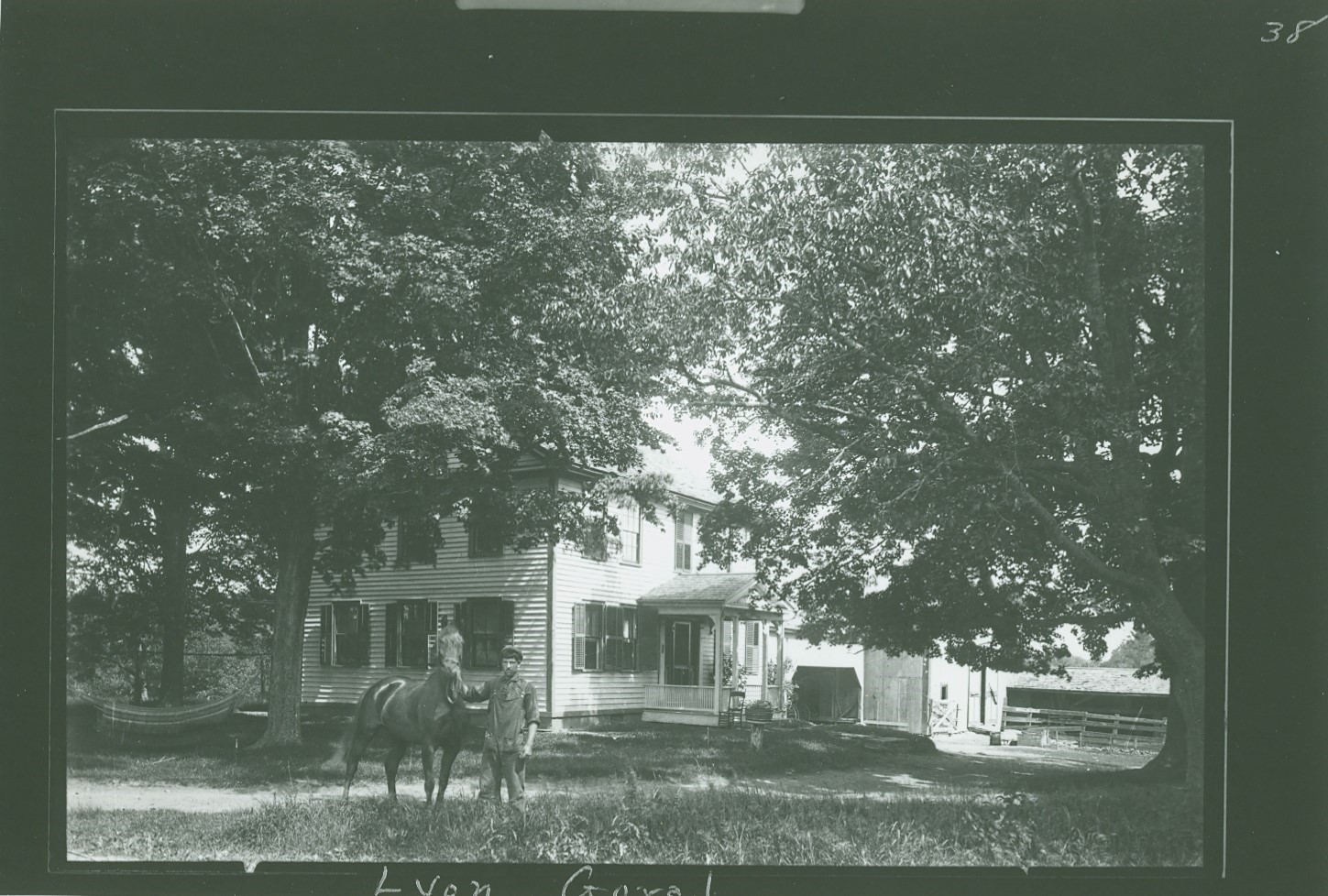 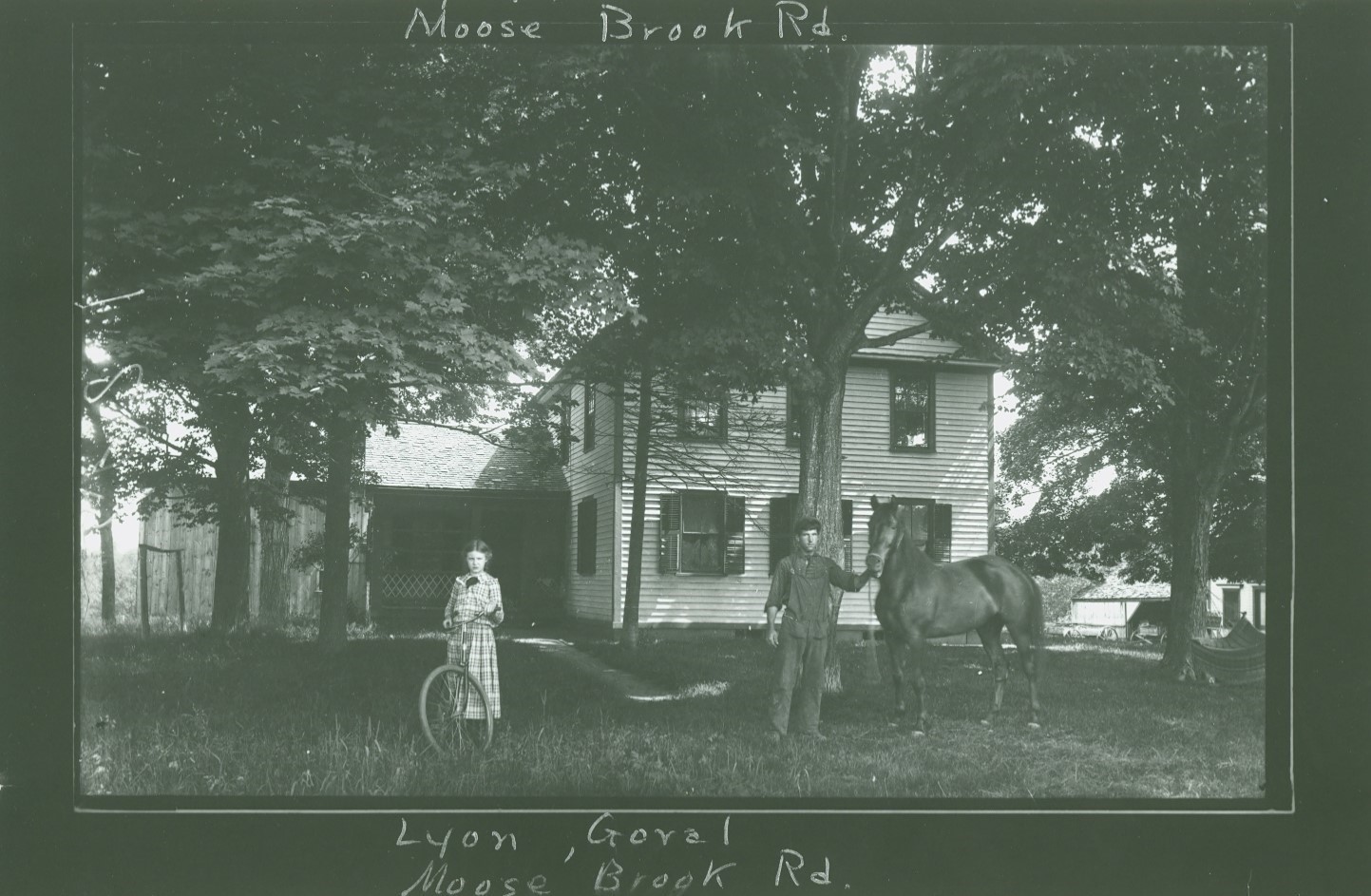 In 1818 Phineas Strong bought the land, and in 1833 built the house here.  The land formerly belonged to the John Clark farm (later owned by Charles L. Lyman.)

In 1847 Phineas Strong sold the property for $1000 to his son Noah Lyman Strong.  Presumably Noah had lived here since he had married Elizabeth Fowler of Westfield in September of 1837.  Noah and Elizabeth Strong had three children.

Noah Lyman Strong in addition to farming, helped to operate the saw and gristmill owned by his father.  He was sent as a representative to the General Court at Boston in 1848, and later he was a state senator.  After retiring from politics, he moved to Westfield.

In 1897 Elihah had turned the ownership of this property over to his son Charles O. Lyon reserving a life interest for himself and his wife Eunice.   In Addition to farming Charles operated a retail meat business.  Many people in Southampton today remember the especially built meat cart with which he sold his meat in Easthampton and Southampton.  A dog or two usually tagged along to pick up a waste morsel.  Charles O. and A. Jennie Lyon had three daughters:  Helena Butler b. March 10, 1886 d. Oct. 29, 1966; Marion Clapp b. April 3, 1888; Ruth Eunice b. March 31, 1892, d. Sept. 1, 1893.  After the death of Charles O. Lyon in 1917, his widow and daughters ran the farm for two years, then moved to Easthampton.  A. Jennie Lyon died in 1928.  In 1942 Helena and Marion Lyon moved to Northampton where Marion now lives.

Felix and his wife Alexandra (Seksciencski) Goral operated the farm until Felix died in 1952.  Their children were Charles and Jennie born in New York; Anthony, Elsie, and Carl born here on the farm.  Jennie married Earl Wing and settled on a farm near the Westfield line.  Carl married Elaine O’Connor and built a house on the home farm east of the main house.  Elsie and Anthony married and settled out of town.

Charles, b. 1911 married Agnes F. Jerzylo in 1939, and has operated the farm since his father’s death.  Charles and Agnes Goral have four children: